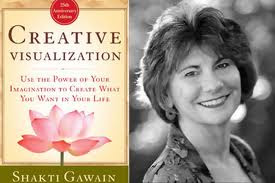 In the 80s an innocuous little book titled Creative Visualization was doing the rounds among my New Age friends. One of its central tenets, as I recall, was the idea of 'positive affirmation', which translated roughly into being positive about your life and any 'goals' you might want to achieve. The process involved regular repetition of phrases such as: 'I am beautiful and powerful and deserve love and happiness' or 'I am growing richer every day in every way'. The important thing about these mantras was the avoidance of the use of negative words and phrases. For example, it would be wrong to express the first phrase thus: 'I am not ugly and powerless and do not deserve to be hated and unhappy'. Well fair enough...

Somehow I resisted this kind of stuff, as I did so much else which was emanating from the increasingly burgeoning industry of self-help. I watched with awe as carpenters became acupuncturists and plumbers became cranio-sacral therapists. Their income levels apparently looked set to increase a few notches and all manner of things were about to become well and weller. Sitting on the sidelines, I observed new settlements of therapy folk arise in towns such as Totnes or Hebden Bridge. These towns boasted more alternative therapists per square mile than... well, where? San Francisco? California appeared to be the originating locus, and, indeed, 'Shakti Gawain', the author of said book, I believe, resided somewhere in that region. 'Shakti' appears to connote the exotic orient; 'Gawain' has something to do with some English ur-Christian/Celtic mythology? (I am thinking of Sir Gawain and the Green Knight)

The standing joke among the few remaining skeptics in my circle was along the lines of wondering who constituted the patients within these therapy-oriented communities. Presumably, they were all working on each other; it was hard to imagine an indigenous population would be either motivated to visit or could afford the whacking fee if they did. I also observed relatively poor sympathisers spending their precious little on a weekly visit to the latest practitioner of 'metamorphic' foot massage or crystal healing.

At the time, I (not always) quietly poured scorn on the whole self-help business and its capitalist momentum. Meanwhile, 'Shakti Gawain' et al grew rich on the profits of their gifts to the world. Shakti herself has gone on to sell 10 million books, according to her website. That's a pretty healthy visualisation...

It is, then, with some humility that I approach a recent phenomenon which has been bugging me. On a recent trip to Tescos, at the checkout, I was confronted with a young woman who seemed entirely oblivious of my presence. I decided to counter this indifference with a pointed 'Thanks very much, goodbye', to which she replied, without any kind of eye contact: 'no problem'. I departed with irritation and found myself remembering this stuff about positive affirmation with not a little irony. A subsequent phone call from my dentist's receptionist which ended up on my part with a 'thanks' and on her part with a 'not a problem' compounded the issue in my mind. I found myself yearning for a more positive response, however phatic, like 'OK, good, see you on the 10th.'. Even 'have a nice day' would have been better. 'No problem' combines two negative words and I wonder when and where it arose as the universal response it has become.

I could end this blog with some kind of rallying call for the return of Shakti, but I wouldn't go that far. Clearly, I am still 'resisting'. Have a nice day!

P.S. My mate Scotter has just reminded me of another aspect of this 'no problem' response. The statement assumes that there was a problem in the first place. Presumably, an ideal customer service should be starting out from some other assumption. 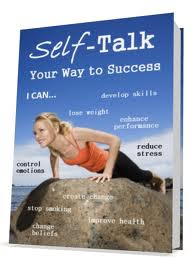 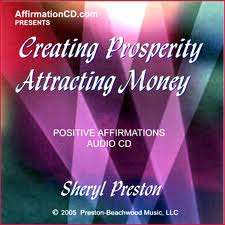 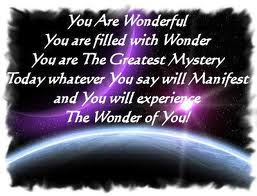